Start a Wiki
This article is about Zamorakian troops at the Battle of Lumbridge. For God Statues fanatic from Canifis, see Zamorakian warlock.
StaffFire battlestaffLava battlestaff
None 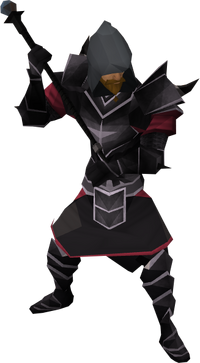 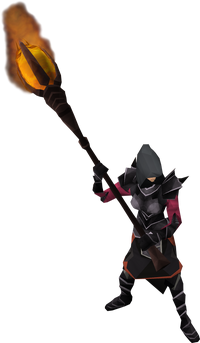 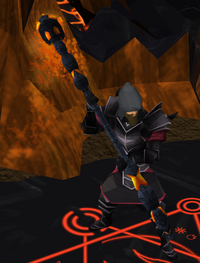 The Zamorakian warlock is a magic-based monster fighting on the side of Zamorak in the Battle of Lumbridge. They drop Divine tears. They can only be attacked by players who have sided with Saradomin. Before being attacked by a player, they have 10000 life points, but after being attacked, their life points and stats lower, with the extent they are lowered varying depending on the combat level of the one who attacked them, with a minimum of 128. They are capable of using abilities, however, and are dangerous in that regard.

They could use abilities including Impact, Combust, Wild Magic and Asphyxiate, and the ultimate abilities Omnipower and Metamorphosis. When using the latter they always morph into the fire form.

Retrieved from "https://runescape.fandom.com/wiki/Zamorakian_warlock_(Battle_of_Lumbridge)?oldid=18823042"
Community content is available under CC-BY-SA unless otherwise noted.