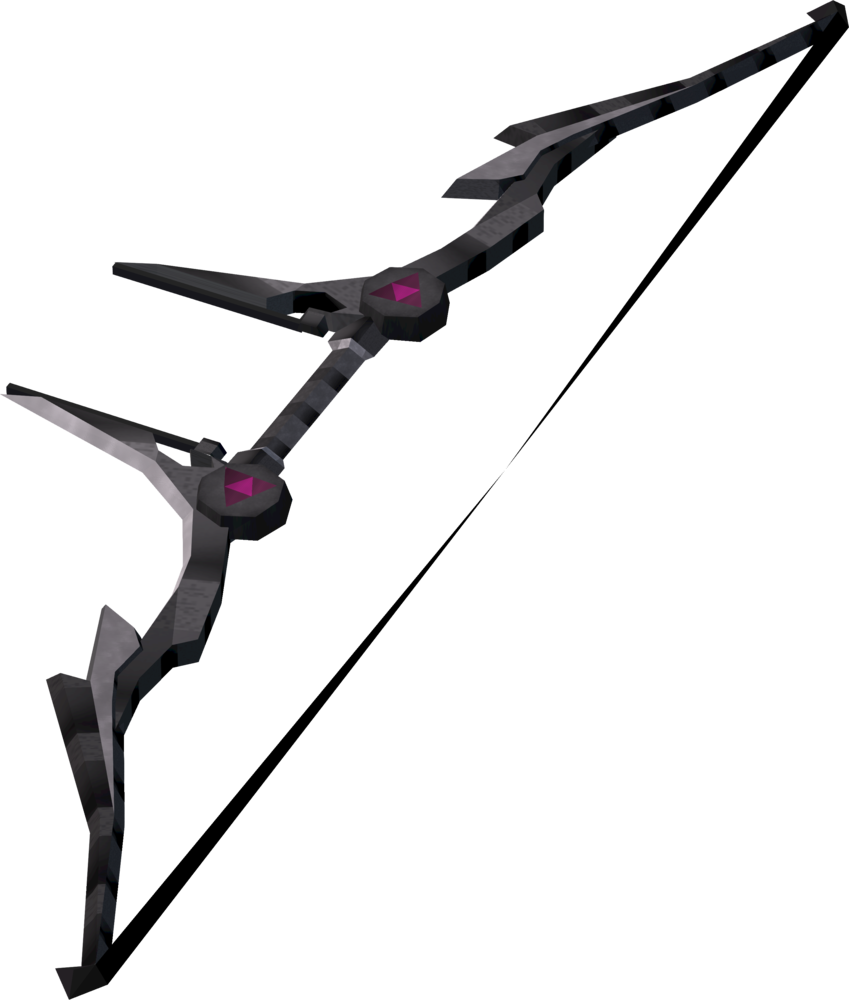 The Zaryte bow is dropped exclusively by Nex, the commanding officer of Zaros' army in the God Wars Dungeon. It requires two hands to wield and degrades over time, but it does not need ammunition, much like the Crystal bow.

It lasts for 10 hours of combat before degrading, and then may be repaired by Bob in Lumbridge or at a Player-owned-house armour stand. It should be noted that the bow does not degrade in increments, and its stats stay the same for the entire 10 hours. The bow will not degrade if it is simply worn. It must be used in combat in order for it to degrade.

The Zaryte bow also has a lower ranged attack than the Magic longbow (sighted) but has +115 to ranged strength bonus while strength of other bows usually depends on the ammunition (max +60 with dragon or god arrows or +70 with a full Crystal bow). This makes the Zaryte bow the strongest and third slowest bow in the game (behind the Ogre bow and the Dark bow), but not the strongest ranged weapon as it is surpassed in strength by the hand cannon, several bolts and Morrigan's Equipment.

Wielding this bow or any piece of ancient armour will make all factions in the God Wars Dungeon unaggressive.

Retrieved from "https://runescape.fandom.com/wiki/Zaryte_bow?oldid=3744284"
Community content is available under CC-BY-SA unless otherwise noted.